Last evening just before a big thunderstorm we noticed a rather large bumblebee sitting on a potted zinnia and really just not moving.  The kids and I stopped and looked at it… this was around 4:30 p.m. or so… we were surprised by how still she was sitting.  We were even able to move the flower without any reaction from the bee. 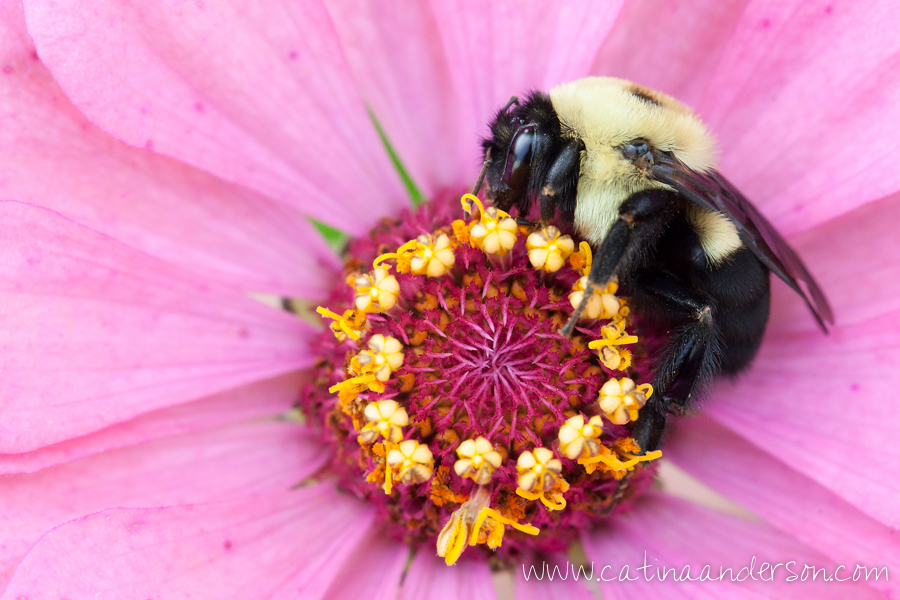 This morning when we came out for swim practice quite early she was still there – although she had moved to a different flower.  But still just sitting.

I thought she had died.

But after swim we noticed her abdomen expanding and contracting slowly.  She was still alive.  But still, if we moved the flower she did not react.

I grabbed my camera to take a few pictures.  I also did some googling where I found suggestions that sometimes bees do this when they are cold (although it could also indicate sickness or old age).  Despite the July date it was quite a chilly morning after severe storms last evening. 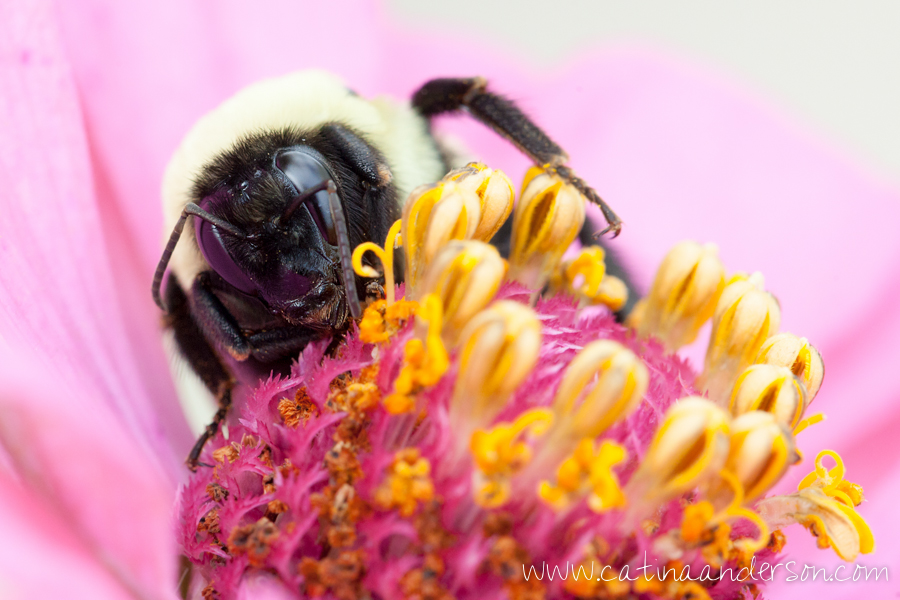 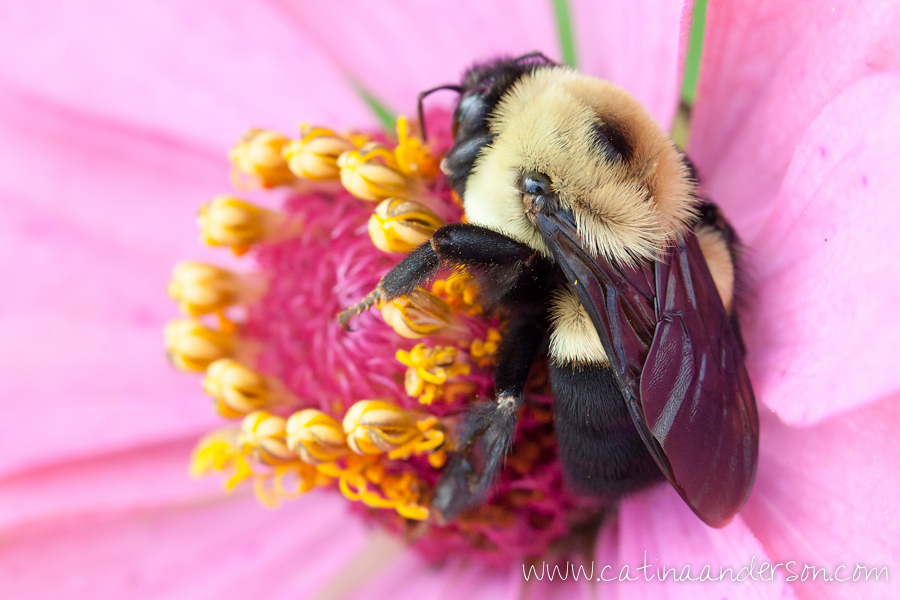 So after taking a few shots on the flower I gently clipped the stem of the flower and moved it into the sun.

Within 3 minutes the bee was moving rapidly.  I took a few video clips of her movements and her flying off.

During this time I could confirm she’s a brown-belted bumble bee.

But she didn’t fly far.  She seemed disoriented and bumped into the car a few times.  Eventually she landed on the driveway.  I tried to nudge her with a plastic lid and this was the only time she seemed terribly unhappy – as she raised her middle leg in warning (a behavior I also read about online).  So I left her alone and just observed a little longer.

Twice she attempted to fly off and hit the car.

The third time she flew with less disorientation back to the potted zinnias but this time chose to sit under a leaf instead of atop a flower.

I am curious about this behavior.  And I’ll keep an eye throughout the day to see if she stays there or disappears, or drops to the ground.  Any ideas from experts about what this behavior may indicate?

UPDATE: as of 1:00 this afternoon she is no longer hanging out in the Zinnia pot… presumably has flown off.